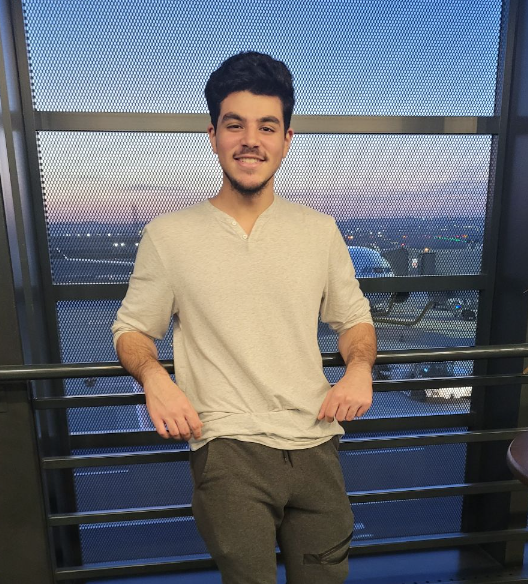 During the beginning of this adventure, I was running wild with eagerness, a spirit which hasn’t died down with every moment being eye opening. Just from the trip from Chicago to Sharm, beauty was ubiquitous. Within European skies, the clouds became their own kingdom with dunes that look like they’re covered in snow. Very little inconsistencies exposed the grecian mountains from below. And despite the airports themselves being vibrant, stepping out onto the land felt refreshing. Immediately, the soil seemed different, the mountains looked bold (almost like a prompt in the background), and a sky full of stars. I figured, it could be the lack of light pollution or it also could have been planes heading its way to COP27. I preferred thinking the latter, that the world’s rushing to arrive at some place as if there was treasure. The exploration of Sharm has been stellar. Snorkeling, the opportunity to see a new aquatic world, has been life changing: dense forests of coral, both as dull as muskmelons to colors of bouquets, were covered in webs and giving shelter to fish of all kinds. Most of the fish were just ineffable, adding onto the uniqueness of the experience. 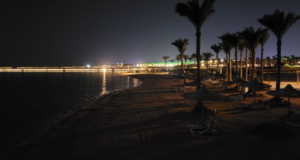 And as soon as I dried up and sat down, I stared at the sun setting over the horizon, illuminating the cliffs and salty, quivering ocean. This has only been a skim of the Sharm.

Within the different zones of COP27, there have been numerous exhibitions that leave me with nothing but optimism for the future. 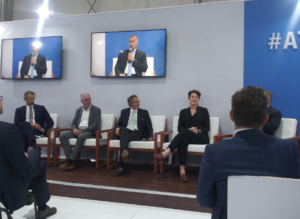 Coming in, I was skeptical: it seems like very little had been done during Covid. However, I’ve seen nothing but others eager to come up with solutions and those who already have been doing so consistently. My focus during COP has been to gain knowledge relating to STEM, specifically in the energy sector. Yet, I’ve had the opportunity to interview many people: White House Chief of Staff, Executives of hydro-power companies, leaders of energy storage NGOs, local scientists and engineers within Egypt building from waste, people from far away locations contributing to the education and environmental improvement of their country, organizations that establish networks, etc. I even have plans to interview nuclear energy and governmental officials, indigenous people, and other climate youth activists. So while I’ve gained lots of insight within the field of science and technology, I could never turn down the opportunity to grasp whatever information is presented.

When I haven’t been investigating the latest efforts towards a more sustainable Earth, I’ve been talking with an impressively diverse array of people: some from Malta, Brazil, Chile, Hong Kong, Mozambique, Togo, Scotland, Lebanon, Tanzania, Slovakia, Germany, Peru, France, and Morocco. As someone who loves to learn about different cultures, at the end of every discussion, I like to ask “what are common expressions within your language?” and “what song recommendations from your country would you give?” And what has exceeded my expectations has been the hospitality of the native Egyptians and the amiability of most from around the world. 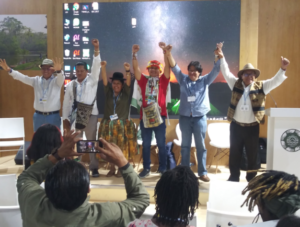 With all this, I’m still looking forward to having an amazing experience here in Sharm. With all the information that we have, my biggest curiosity is on how we can tailor this information towards students back in the States.

Lastly, one quote from the UAE pavilion, by Skeikh Zayed Bin Suitan Al Nahyan, that really touched me spoked about the universal human truth of why we love the Earth. After all, “we cherish our environment because it is an integral part of our country, our history, and our heritage.” And however you may feel at the moment, a thought like this will always reignite that love and drive one to serve nature.