When SGA founder Gary Cuneen was working as an international organizational development and leadership consultant, he began receiving regular email updates about environmental catastrophes that were happening across the globe. That was in 1994. He thought about his then 4 year-old son Nicolas, and wondered what he would say to him in later years if his son asked the question, “Dad, did you see any of this mess coming… and if so, what did you choose to do about it?” It was that thought that struck Gary at the time to figure out a way to develop an organization that would address global environmental issues on a local level. It took 7 years to do the research on who was doing what, to conduct informational interviews and attend conferences to learn about leading practitioners. After many conversations, the development of the organization’s name (inspired by a Native American principle), and the convening of SGA’s first Board of Directors, Seven Generations Ahead (SGA) in November of 2001 was born. In 2021 SGA celebrated its 20th anniversary (officially 1 generation of existence), and has benefitted from the work of many individuals inspired to leave our children a natural environment and world that is better than what they inherited.

To build environmentally sustainable and healthy communities, and tackle the climate crisis with solutions that are bold, equitable and just.

"In every deliberation, we must consider the impact on the seventh generation."
- Native American principle

Also embodied in our name is the principle of sustainability, which incorporates the balance between social equity, economic development and environmental stewardship. In 1987, the Brundtland report first used the term “sustainable development” as an alternative to the economic system implemented in most countries around the world and which, unlike that system, seeks to meet current needs without compromising the future of future generations.

The name Seven Generations Ahead, developed by SGA founder Gary Cuneen in 2000, uplifts and honors the spirit of the Seventh Generation Principle of the Haudenosaunee and the goal of building a sustainable world, while driving our work address the climate crisis and achieve equitable sustainability. It serves to educate people about a way of being in the world that respects planet and people, and acts as a guidepost and reminder for making sure that we pass along a world that is in better shape than we inherited and that can be sustained for generations to come.

Among the hundreds of proposals we have received, your organization stands out as one that will offer social and environmental change. We are confident that your work will continue to contribute to your communities. We look forward to hearing the successes of your organization... 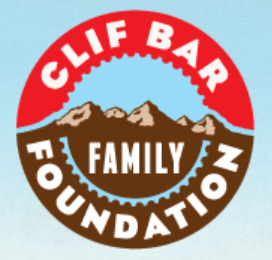 Read more about our projects 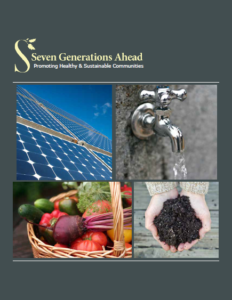 VIEW ALL ABOUT US ARTICLES