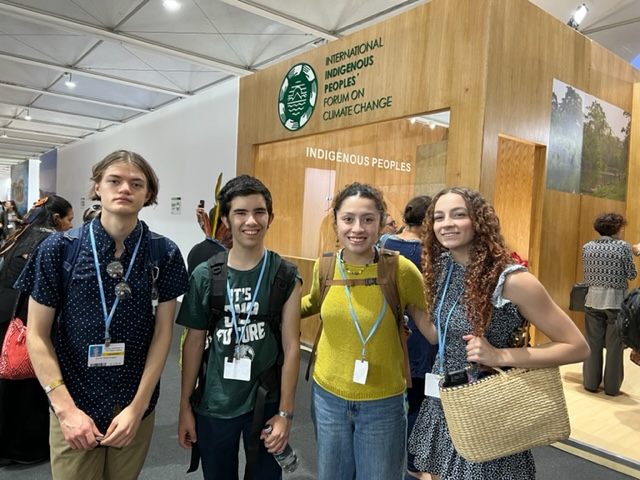 UN Chief Antonio Guterres, in his opening remarks spoke in his usually strong tone of urgency, warning world leaders that humanity has a stark choice between working together or facing collective suicide related to the climate crisis. He reminded leaders that the 8 billionth child is about to be born and we must treat the climate crisis as an emergency if we are going to stay with the 1.5 degree Celsius threshold. Egyptian President Abdel Fattah el-Sisi – representing COP27 host country Egypt – emphasized the frequency of weather-related catastrophes, stating “As soon as we tackle one catastrophe another arises – wave after wave of suffering and loss.”

These remarks underscored the urgency of the talks here in Sharm El-Sheikh, as leaders convened to address the issues of country greenhouse gas (ghg) reduction commitments not being close to staying with 1.5 degrees Celsius, the need for more private financing of projects that support ghg reductions, and the imperative for developed nations to financially support the Green Climate Fund (which has received $10.3 billion in commitments in relation to its $100 million goal to support climate resiliency projects in poorer countries), and to support loss and damage within poorer countries who are being decimated by the effects of climate change. These countries have contributed the least ghg emissions (the continent of Africa contributes less than 4% of global emissions) compared to developed nations. U.S. Special Presidential Envoy for Climate John Kerry said today at a session attended by It’s Our Future youth, that the U.S. will triple its commitment to loss and damage by 2023.

With COP27 being held on the African continent this year, we’ve seen tremendous African nation participation and focus on Africa from country presidents who have stepped up efforts to unite and work together to combat climate change. Botswana President Masisi – an emerging strong leader on climate among African nation leaders – stated in a talk we attended that the old “development aid” model must be flipped on its head, and that that there must be movement away from public development funding toward attracting private investment capital to Africa to bring in sustainable industries to address the climate challenges. Zimbabwe President Mnangagwa said that African countries are willing to collaborate and co-invest, but that Africa must dissolve the “us vs. them” mentality that keeps nations from collaborating and working to solve issues that impact the entire continent of Africa. Some of the barriers related to a lack of capital investment that were raised include the limited data and information related to climate adaptation and lack of capital investment. After a presentation by the Volvo Group – which covered their interest and track record of investments in developing nations and their assertions that green electric transportation, hydrogen, and biofuels need policy backing and that a strong carbon tax should be instituted globally – President Masisi stated emphatically that African nations have an eager and educated young workforce, and that “we are open for business” and that Africa is the next horizon for capital investment.

John Kerry spoke about the significance of Biden’s Inflation Reduction Act ($370 billion legislation that will support efficiency and clean energy) and that all sectors need to be working collaboratively to achieve the U.S.’s ghg reduction commitments (we’re the second largest emitter in the world. Mike Bloomberg (who has led Bloomberg Philanthropies and the large city C40 initiative) stated that cities are where emissions happen and that mayors are an important part of the climate solution puzzle. John Kerry praised Bloomberg’s role in closing down coal plants and moving toward the goal of eliminating coal in the U.S. by 2030. John Podesta – Senior Advisor to President Biden on Clean Energy – suggested that we are not doing nearly enough in the U.S. to employ nature-based climate solutions.

The IOF youth had an eye-opening and valuable day – attending two sessions at the Indigenous Peoples and Pacific Island Nations pavilions, who celebrated the values and cultures of Indigenous and Island peoples with dance, music, chats, prayers, and presentations, while underscoring the urgency of survival they face in the midst of the climate crisis. Some of the struggles presenters articulated are the need to be recognized (including youth), the need to build local capacity and local laws, and the need to be included in decision-making that affects them specifically.

Youth had the opportunity to talk with Des Moines, IA Mayor Franklin Cownie – speaking at the U.S. Center as part of John Kerry’s session. Mayor Cownie is playing a leadership role with the U.S. Conference of Mayors in driving climate solutions with municipal leaders. He emphasized how even Iowa, in the heartland of the U.S. Midwest, has been significantly impacted by climate change in relation to flooding, agricultural production and the effect of extreme heat.

Sophia Kianni, a junior at Stanford and recognized youth leader in the U.S., was interviewed by the IOF students. Ms. Kianna stated that President Biden’s decision to provide new oil and gas development permits in the U.S. is a step backward and flies in the face of ghg emissions reduction goals.