With the passing and implementation of the Future Energy Jobs Act in Illinois, our state is poised to double its solar production. This scaling up will require educating institutional and residential consumers and providing options that guide them toward action!

The U.S. installed 14,800 megawatts (MW) of solar PV in 2016 to reach 42.4 gigawatts (GW) of total installed capacity, enough to power 8.3 million American homes. With more than 1 million residential solar installations nationwide and record-breaking growth in the utility-scale sector, the industry is poised to nearly triple over the next five years, surpassing 100 GW nationwide.

In December 2016, the Illinois General Assembly recently passed the Future Energy Jobs Act– one of the most significant pieces of Illinois energy legislation in the past 20 years – that will substantially expand energy efficiency programs;  commit up to $750 million for low-income communities to save money and help them benefit from clean energy; and strengthen and expand the Renewable Portfolio Standard to ensure stable, predictable funding for renewable development, providing $180M per year – growing to $220M per year- in funding for renewable resources, including new wind power, large-scale solar power, and rooftop and community solar.

Buoyed by Illinois’ new far-reaching Future Energy Jobs Act and the increasing favorable economics around solar nationally, SGA is poised to drive implementation of new community solar generation and procurment, while supporting communities and Chicago metro area sub-regions in pursuing a comprehensive set of strategies that lead them toward 100% renewable energy use.

Click here to see how solar can come to your community!

Click here to see how we are partnering with NREL 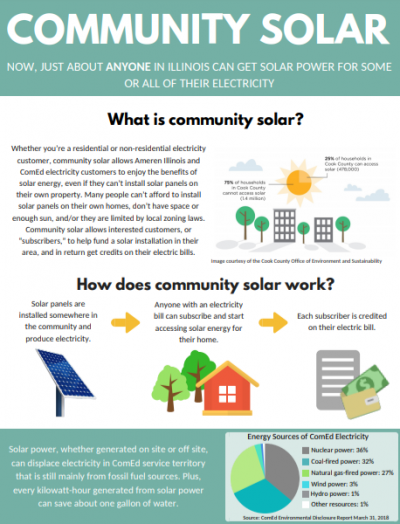 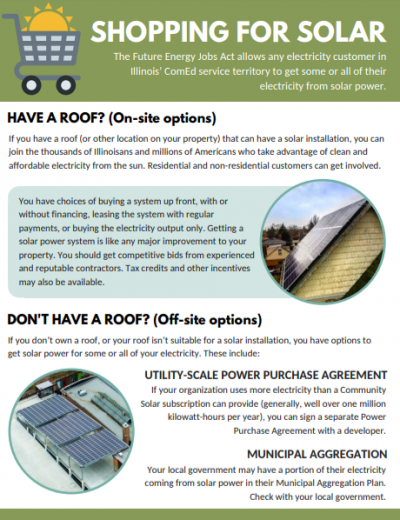 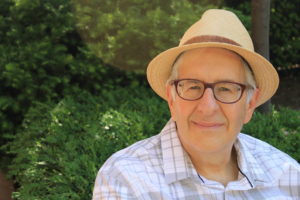 Reach out to Mark Burger, SGA’s solar consultant, if you have questions about solar in Illinois or want to engage in current projects. 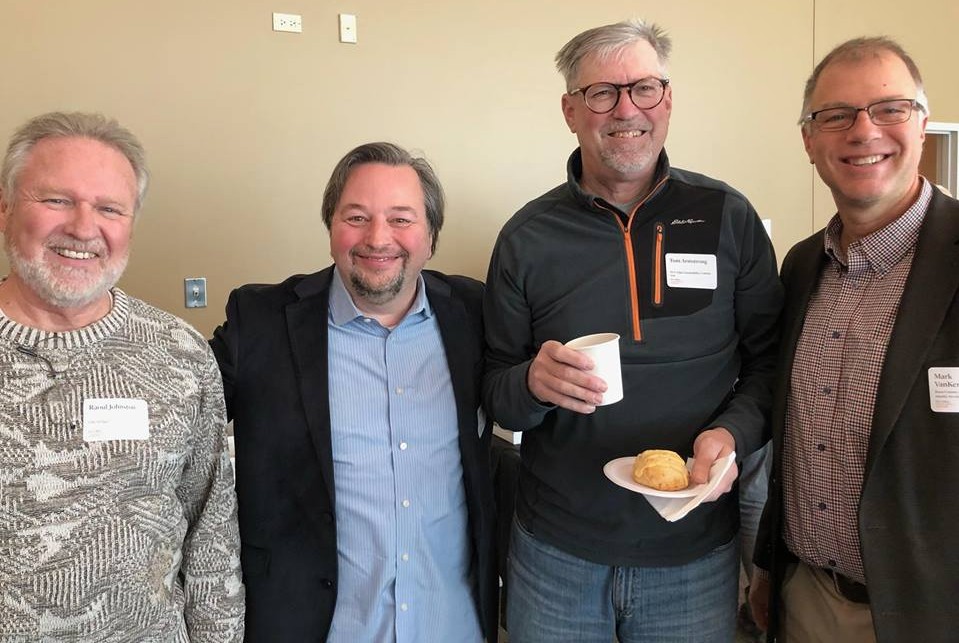 March 1, 2019
After its final 2018 event in November focusing on the Greenest Region Compact, the Fox Valley Sustainability Network is building momentum with more events planned for 2019. The first forum… 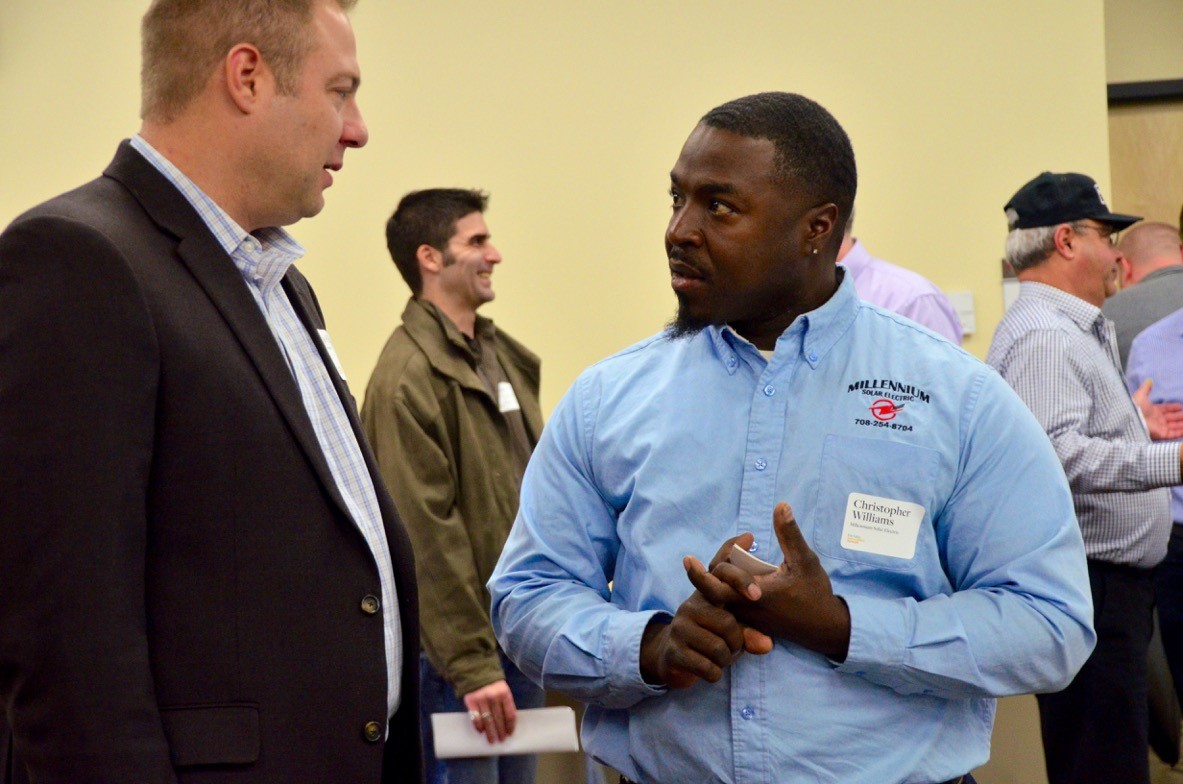 March 14, 2018
SGA and the Fox Valley Sustainability Network hosted a Solar and Renewable Energy Forum at Waubonsee Community College in Aurora on Jan. 18. Among the topics that various speakers covered… 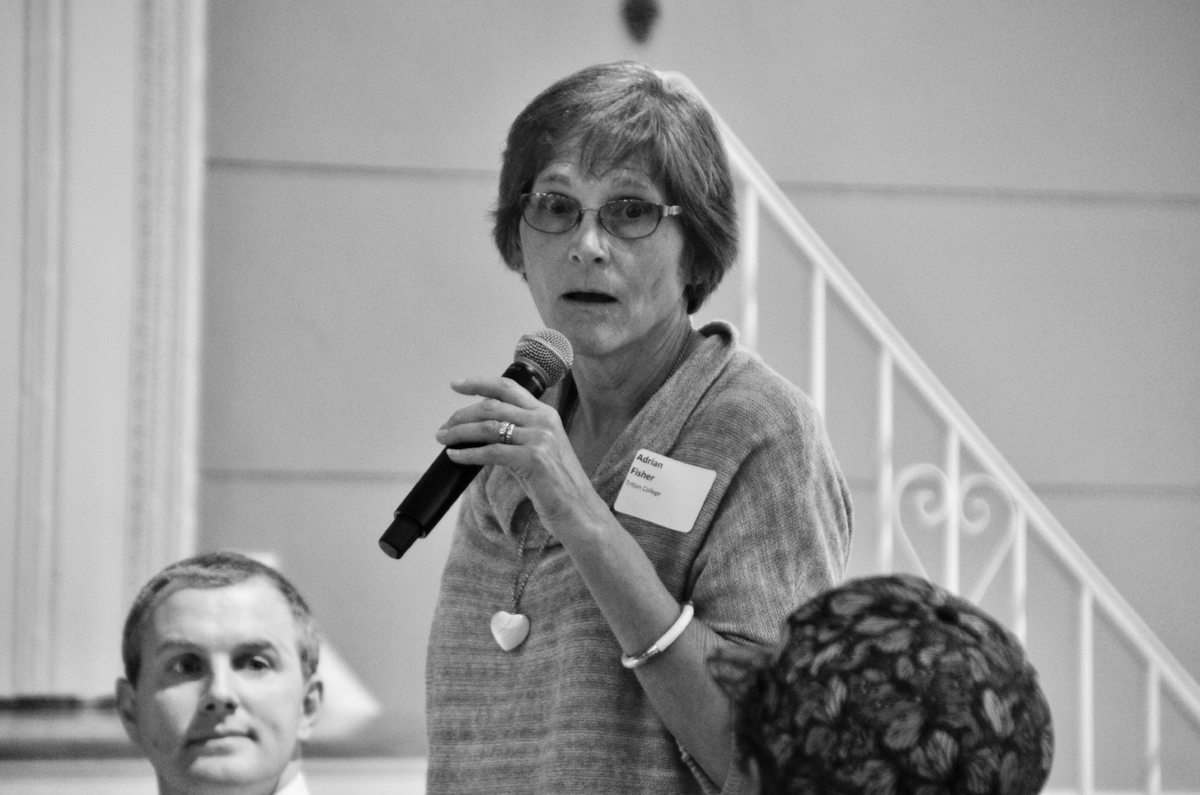 December 18, 2017
PlanItGreen convened its annual Institutional Leaders Forum on Dec. 5 to highlight efforts by organizations that promote sustainability and help put the brakes on climate-related impacts. And while it is… 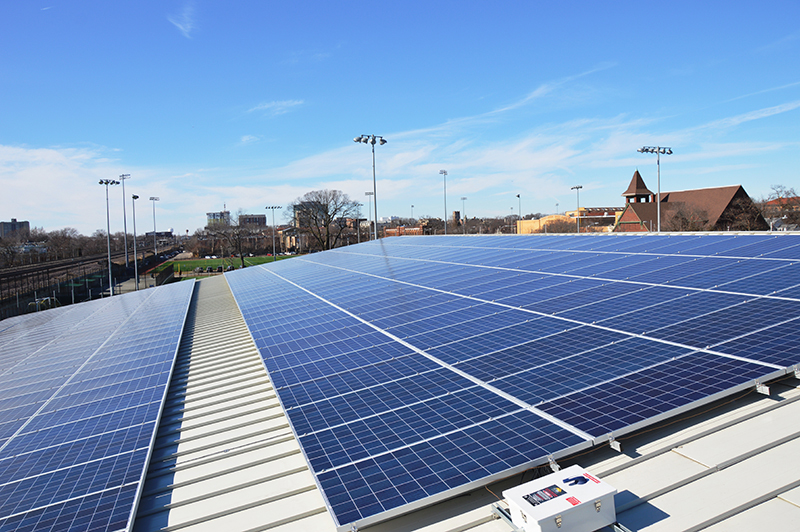 December 9, 2017
Since being selected for the U.S. Department of Energy’s Solar in Your Community Challenge earlier this year, the PlanItGreen solar team met with leaders of local organizations to help them better understand…